In the hills of Oaxaca, Maria Sabina used psychedelics to heal

“I realized the young people with long hair didn’t need me to eat the little things. Kids ate them anywhere and anytime, and they didn’t respect our customs.”

Humans have consumed psilocybin, the naturally occurring psychedelic compound in magic mushrooms, for more than 10,000 years. Until the mid 20th century, the context was religious. That changed on June 29, 1955, when a vice president of J.P. Morgan named R. Gordon Wasson traveled to Mexico with a photographer to the mud hut of the Mazatec curandera (medicine woman) María Sabina and they became, in Wasson’s words, the “first white men in recorded history to eat the divine mushrooms.”

The subsequent Life magazine article written by Wasson in 1957, “Seeking the Magic Mushroom,” opened a Pandora’s Box that would see, among other things, the birth of the American psychedelic counterculture, the defilement of the mushroom ritual, and ultimately, the banning of psilocybin across much of the world. The article also eventually led to Sabina’s ruin as Westerners came to her by the hundreds.

Wasson’s intentions were sincere, if naive. An amateur ethnomycologist, he had spent the previous thirty years traveling with his wife Valentina, documenting differing cultural attitudes toward wild mushrooms.

“We were not interested in what people learn about mushrooms from books, but what untutored country folk know from childhood — the folk legacy of the family circle,” Wasson recalled. “It turned out that we had happened on a novel field of inquiry.”

Wasson found that many cultures across the world worshipped mushrooms and had constructed elaborate religious ceremonies around their consumption. He determined to find out which kinds of mushrooms were worshipped and why. He was especially interested in the Aztecs and early Spanish missionary accounts of the Aztec mushroom ceremony of eating the teonanacatl, or “God’s flesh.”

Wasson made several trips to Mexico in search of those who still performed the mushroom rite, but it wasn’t until 1955 in the Oaxacan village of Huautla de Jiménez that he was successful. He visited the town hall and asked an official if he could help him learn the secrets of the divine mushroom. “Nothing could be easier,” the official replied. The official took Wasson to a mountainside where the mushrooms grew in abundance, and then to higher ground where María Sabina lived.

María Sabina was well-respected in the village as a healer and shaman. She’d been consuming psilocybin mushrooms regularly since she was seven years old, and had performed the velada mushroom ceremony for over 30 years before Wasson arrived.

The intention of the all-night velada was to commune with God to heal the sick. The spirits, if effectively contacted, would tell Sabina the nature of the sickness and the way it could be healed. Vomiting by the afflicted was considered an essential part of the ceremony. Each participant in the ritual would ingest psilocybin mushrooms as Sabina (who typically ingested twice as much) chanted invocations to coax forth the divine.

“Am I not good?” she would ask the spirits. “I am a creator woman, a star woman, a moon woman, a cross woman, a woman of heaven. I am a cloud person, a dew-on-the-grass person.”

A lifelong Catholic, Sabina blended Christian elements into Mazatec ritual as she guided participants through their visions. Surprisingly, and in contrast to his predecessors, the local bishop did not consider Sabina’s ritual heretical. “The church is not against these pagan rites — if they may be called that,” Father Antonio Reyes Hernandez said. “The wise ones and curers do not compete with our religion. All of them are very religious and come to our mass, even María Sabina.”

Sabina was apprehensive of Wasson when he arrived, but agreed to conduct the ritual after assurances from the village official, who was a trusted friend. Wasson and his photographer tripped throughout the night as Sabina performed the velada, and their minds were summarily blown. “For the first time the word ecstasy took on real meaning,” Wasson later wrote. “For the first time it did not mean someone else’s state of mind.”

Sabina’s reluctance to introduce Wasson to the ceremony had less to do with his being a foreigner and more to do with the fact that Wasson and his colleague weren’t in need of healing.

“It’s true that Wasson and his friends were the first foreigners who came to our town in search of the saint children and that they didn’t take them because they suffered from any illness,” she recalled. “Their reason was that they came to find God.”

Wasson returned to the States with a hell of a story. It piqued the interest of Lifemagazine, who bankrolled further trips to the village to report on and take photographs of the Mazatec ritual. It also attracted the attention of the CIA, which was in the middle of its covert drug mind control program Project MK ULTRA. Wasson became an unwitting agent in the program after the CIA secretly funded Wasson’s trips to Mexico throughout 1956 under a shell organization named the Geschickter Fund for Medical Research. “Seeking the Magic Mushroom” went 1957-viral upon its publication. Accounts diverge as to whether Sabina approved of Wasson using photographs of her for the article. Wasson for his part changed Sabina’s name to Eva Mendez and did not reveal the name and location of the village.

Wasson witnessed nine mushroom ceremonies in all, each conducted by Sabina. On one trip, he was accompanied by the eminent French mycologist Roger Heim, who identified the species of magic mushrooms and sent samples to Albert Hofmann, the Swiss chemist who twenty years earlier had synthesized LSD. Hofmann was able to isolate the chemical structure of psilocybin and create a synthetic version. His pharmaceutical company Sandoz began sending doses to research institutions and clinics across the world.

The psychologist Dr. Timothy Leary, a rising academic star at Harvard, traveled to Cuernavaca, Mexico in 1960 after reading the article. Despite his professional success, he described himself during this period as “an anonymous institutional employee who drove to work each morning in a long line of commuter cars and drove home each night and drank martinis … like several million middle-class, liberal, intellectual robots.” He purchased some mushrooms from a local curanderaand, rather than partake in a mushroom ritual, ingested them by the pool of his summer villa.

“I learned more about my brain and its possibilities and more about psychology in the five hours after taking these mushrooms than in the preceding 15 years of studying and doing research in psychology.” — Dr. Timothy Leary

Leary returned to Harvard and, after securing doses of psilocybin from Sandoz, started the Harvard Psilocybin Project with his colleague Dr. Richard Alpert. Aldous Huxley, with his lifelong interest in altered states, served on the board.

Leary and Alpert developed pioneering concepts in psychedelic therapy such as set and setting. They tested whether ingesting psilocybin could reduce recidivism in prison inmates (in the Concord Prison Experiment) and catalyze religious experiences in divinity students (in the Marsh Chapel Good Friday Experiment). The results were ringing endorsements of psilocybin’s mystical and therapeutic potential, but the experiments were later discredited due to unsound methodology as well as for omitting details related to the intense anxiety experienced by many of the participants.

The tendency by Leary and his colleagues to overemphasize the positive aspects of the psychedelic experience while downplaying the negative would have profound consequences once psychedelics escaped the lab and hit the streets of San Francisco, Palo Alto, and Cambridge, Massachusetts in the early 1960s.

“Some of the backlash that swept the psychedelics out of the research labs and out of the hands of physicians and therapists,” wrote psychedelic researcher Rick Doblin, “can be traced in part to the thousands of cases of people who took psychedelics in non-research settings, were unprepared for the frightening aspects of their psychedelic experiences and ended up in hospital emergency rooms.”

Leary and Alpert were doing more than simply testing psychedelics in controlled experimental settings. They were tripping balls every weekend and urging their students to do the same. Once word got out to the authorities, Leary and Alpert were fired. Soon after, Leary began his public campaign exhorting America’s youth to “Tune in, Turn on, and Drop Out.” Alpert traveled to India and came back bearded, wearing a dhoti, and calling himself Ram Dass. By 1966, psilocybin and LSD were illegal in the United States.

Beatniks, hippies, celebrities like Bob Dylan and John Lennon, scientists and seekers of all stripes flooded the village of Huautla de Jiménez after the Life article was published. Sabina turned few away, although she frequently expressed misgivings about introducing Wasson to the mushrooms, and always emphasized what she saw as the mushroom’s true purpose.

The publicity was disastrous for the Mazatec community, who blamed Sabina for bringing misfortune to the village and defiling the velada ritual. Sabina’s house was burned down, and federales frequently raided her home, accusing her of selling drugs to foreigners. Hippies rented cabins in neighboring villages. Tourists had bad trips and went raving naked through town.

One might ask why Sabina turned so few foreigners away. Some accounts attribute it to her kindness, others to a resigned acceptance of her new role as the cultural ambassador of the Mazatec mushroom ritual. She was also known to occasionally charge tourists for her services.

In the 1970s, Mexican authorities banned the use of psilocybin mushrooms. The influx of tourists receded, but in Sabina’s eyes, the damage had been done.

“From the moment the foreigners arrived to search for God, the saint children lost their purity,” she said. “They lost their force; the foreigners spoiled them. From now on they won’t be any good. There’s no remedy for it.”

Wasson, for his part, agreed. He expressed remorse for the rest of his life for his role in popularizing the recreational use of magic mushrooms. “A practice carried on in secret for three centuries or more has now been aerated,” he wrote. “And aeration spells the end.”

Sabina died penniless at the age of 91 in 1985. In Oaxaca today, one can find her image marketed on t-shirts, restaurants, and taxis.

More than forty years after research into their therapeutic effects was all but outlawed, magic mushrooms are now being used in a manner much closer to what María Sabina considered to be their true purpose: to heal the sick.

In clinical trials underway across the world, hundreds of cancer patients, drug addicts, and those suffering from anxiety and depression are reporting profound life-changing and mystical experiences. For many participants, the benefits from one dose of mushrooms are long-lasting. In a 2006 trial studying the potential of psilocybin to catalyze religious experience led by Dr. Roland R. Griffiths, more than 70 percent of the participants self-rated the experience as one of the five most important in their lives. Nearly a third rated it the single most important experience.

In NYU and Johns Hopkins studies whose results were published concurrently in November 2016, about 80 percent of cancer patients showed clinically significant reductions in anxiety and depression lasting some eight months after an initial dose.

Participants in the studies were given psilocybin in a chalice and guided through the experience as they wore an eye mask and listened to calming music. They were urged to “trust, let go and be open.”

The researchers cautioned that the positive results should not be taken as an endorsement of the recreational use of magic mushrooms:

The positive findings of the study cannot help but raise concern in some that it will lead to increased experimenting with these substances by youth in the kind of uncontrolled and unmonitored fashion that produced casualties over the past three decades.

Nevertheless, the researchers conclude, “discovering how these mystical and altered consciousness states arise in the brain could have major therapeutic possibilities…It would be scientifically shortsighted not to pursue them.” 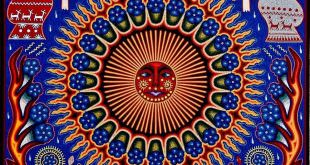 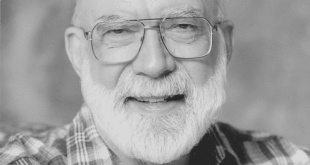 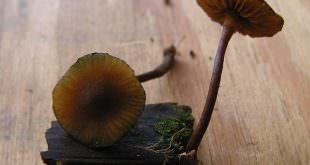 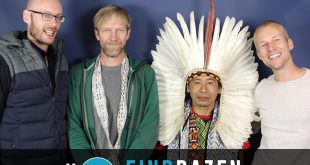